When it comes to centre backs, Turkey are spoiled for choice at the moment. In Çağlar Söyüncü, Kaan Ayhan, Merih Demiral and Ozan Kabak, national team coach Şenol Güneş has a wealth of defensive ability to call upon, and that production line doesn’t look likely to stop any time soon.

Ravil Tagir is a player whom many in Turkey are getting excited about. He was born on 6 May 2003 in Taraz, a city in southern Kazakhstan. This community exists owing to deportations during the Soviet Union era of Joseph Stalin from Georgia. Roughly 110,000 people were forcibly moved to central Asia to create a community known as Meskhetian Turks.

Ravil relocated back to Turkey with his parents when he was seven and began playing football at amateur side Bursa Kültürspor three years later. From here he was taken to a summer camp in the resort town of Kuşadası by his PE teacher, impressing sufficiently to be recruited by Altınordu. Within a month, he was captain of his youth group.

An immersive experience, the club are unique for their approach in Turkish football of utilising a highly productive youth system. Cengiz Ünder and Söyüncü have both graduated from the academy in recent years, with comparisons between the latter and Ravil naturally surfacing. 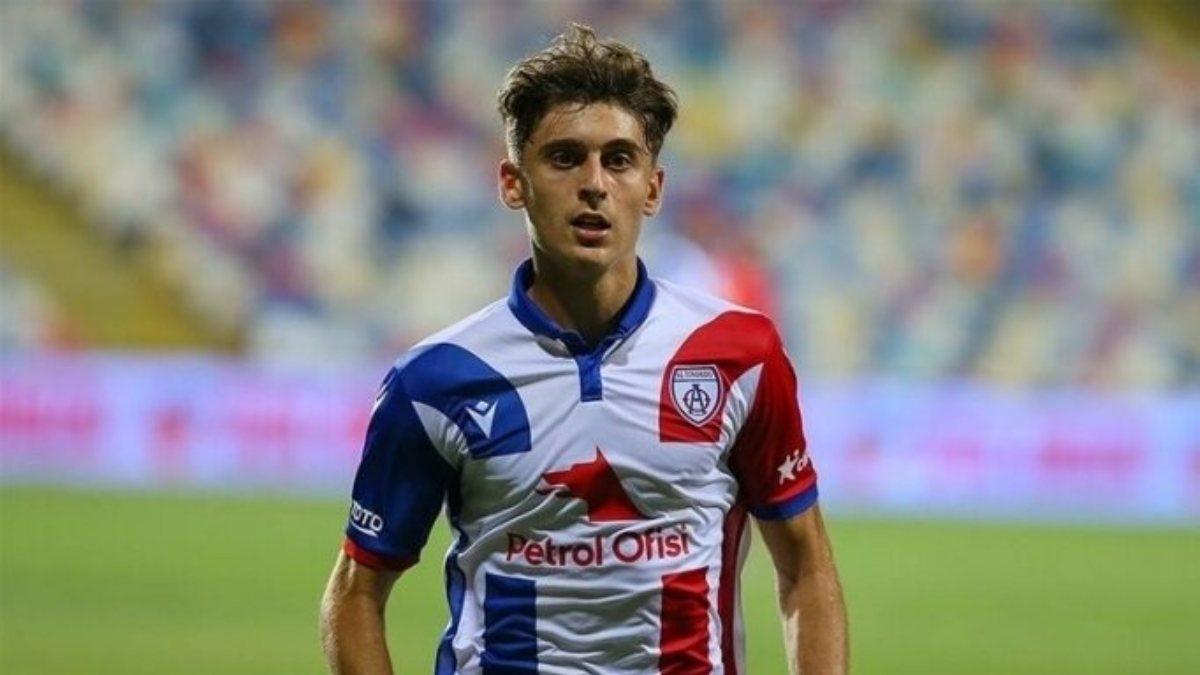 There are similarities in their styles of play. The Leicester defender is renowned for his athleticism, strength in the air, and general style as a modern-day ball-playing centre back. Ravil too is very elegant in possession, being a composed passer who oozes confidence to regularly bring the ball out of defence. The two are also of similar height, with Ravil just three centimetres shorter than his older, hairier compatriot.

In terms of differentiations, the most notable is muscle in favour of Söyüncü. With Ravil still a teenager, it is likely this difference won’t be the case for much longer. The more striking contrast between the pair is age. Söyüncü was 18 when he debuted in 1. Lig; by contrast Ravil was only 16. Not that this is a great barometer, as Freddy Adu proves, but there is method behind why Hüseyin Eroğlu handed Ravil his first team debut so young.

“While Ravil should play for the U16 national team, he is now with the U21s. He plays with those five years older than him. This player is not like a 16-year-old when he is on the pitch.

Çağlar Söyüncü was not as good at the age of 16, he played in midfield and then started to play centre back at the age of 17 or 18. He made a lot of mistakes, we lost matches. I hugged him, gave him support and said, ‘it will happen’.”

Such an arm around the shoulder is not necessary for Ravil. He started his first match on the opening day of the 2019/20 1. Lig, playing the full ninety minutes in a 1-0 loss to Hatayspor. Partnered with an experienced campaigner in Sinan Osmanoğlu, for context the Altınordu captain is almost twice his partner’s senior. Despite enduring a dreadful start to the season, winning only one of their opening ten matches, 16-year-old Ravil was ever-present.

The most impressive aspect was the maturity with which he approached the task. “I was never afraid to play with big players in the first team. After all, the work we do is the same; football. When I apply what I know on the pitch, there is no problem. The opponents are trying to play on me, thinking I am young and inexperienced, but I am comfortable. I know English, I also know a little Russian. I spend my free time reading books.” 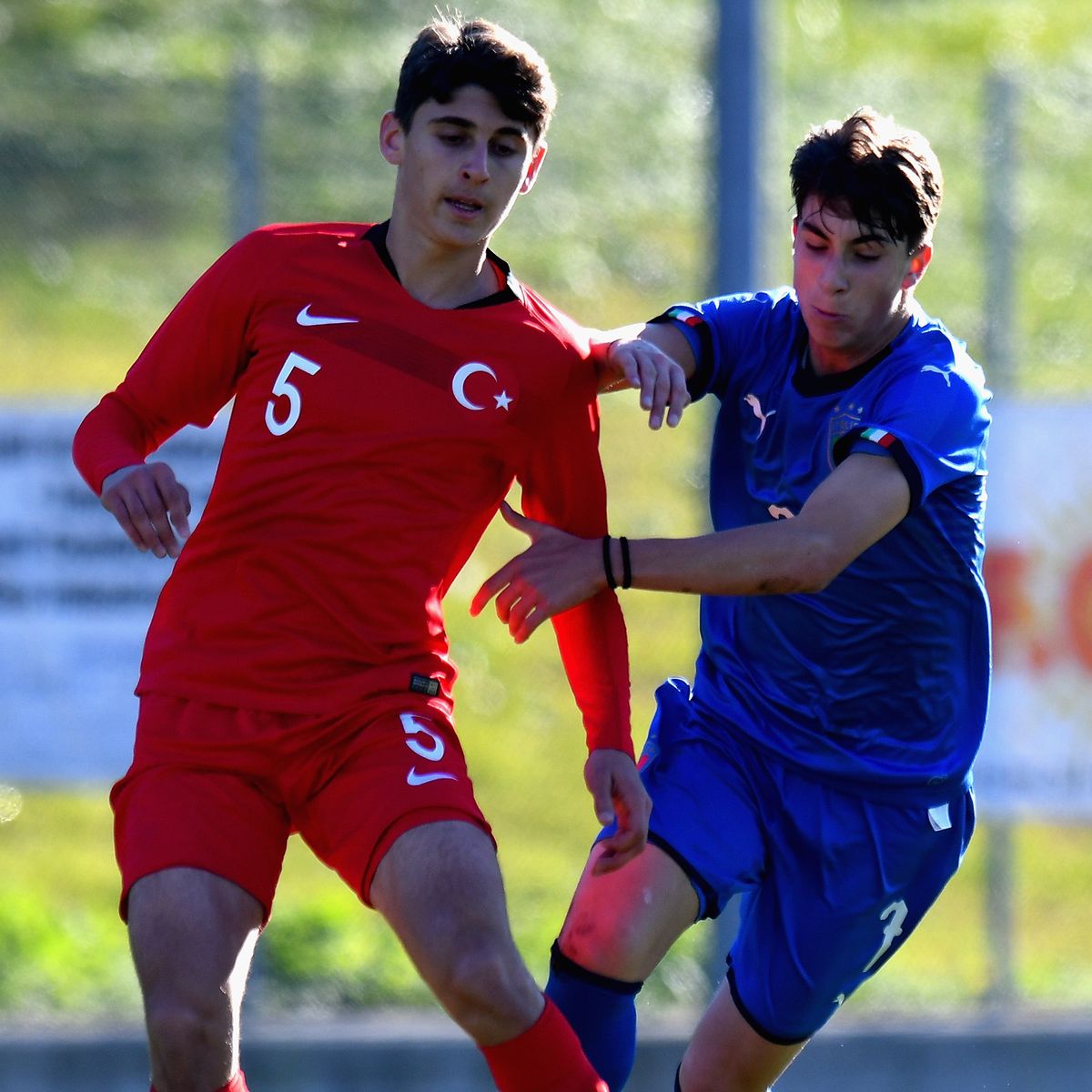 Recognising this level-headedness, Eroğlu had no qualms in using Ravil as the left centre back in his 4-5-1 system, playing off the centre-back’s preference to use his left foot. Across the season he played in all but two of Altınordu’s matches. He scored his first goal in a 2-2 draw with Osmanlıspor in mid-February, heading in Okan Derici’s corner for a late equaliser. On resumption of the campaign in June, Ravil proceeded to play every single minute of the remainder of the season.

Given the fact Ravil is held in such high regard, it is no surprise clubs across Europe have been linked with him for a while. In the past year it has appeared the eyes of Europe were fixed on Bornova Stadium, with Borussia Dortmund, Juventus, Manchester City and RB Leipzig all supposedly keen.

After playing the opening two 1. Lig matches this season, in the end he followed Cengiz by moving to Istanbul Başakşehir last month. The reigning champions paid €2.5 million for the defender, granting a 30% sell on fee for Altınordu. Manager Okan Buruk wasted no time in using Ravil, handing him a spot on the bench at the first possible opportunity against Göztepe.

Despite Başakşehir’s poor start to the season, with three losses and a draw, a lot of pedigree still exists in their squad. Current defenders at the Fatih Terim Stadium include Martin Škrtel and Rafael da Silva, who boast a combined 16 seasons of Premier League football between them. In terms of how Ravil will fit in, one imagines it’ll be alongside Škrtel as a direct challenger to Carlos Ponck.

Alongside Süper Lig experience, Ravil will also be afforded the opportunity to test himself against Europe’s very best. The Turks have been drawn in a Champions League group alongside Manchester United, Paris Saint-Germain and RB Leipzig. It will be interesting to see whether Okan decides to use Ravil against such talent as Kylian Mbappé, Marcus Rashford and Neymar.

Yet again, it is the level the defender aspires to: “I started football at the age of 10. I was dreaming. Those dreams have become my goal now; I want to play for Real Madrid. I am working hard towards this goal.” Given how things have progressed so far for Ravil Tagir, you wouldn’t put it past him.